Greenore Port is Ireland’s only privately owned port. It is owned by the Doyle Shipping Group which has operations in all of Ireland’s major ports and provides Terminal Management, Stevedoring, Agency, Warehousing, Fright Forwarding and Ship Repair Services. Greenore Port was purchased by The Group in December 2014.

The Port provides marine and logistical support services across a wide range of industries such as agri-feed, construction, renewable energy, livestock exports and manufacturing.

In an industry where there is a growing trend for larger more efficient vessels, which provide customers with economies of scale, Greenore Port plays a very significant role in the Irish economy as it is the Republic’s only deep-water port outside of Dublin Port on the east coast of Ireland and can cater for part-laden vessels of up to 60,000T. 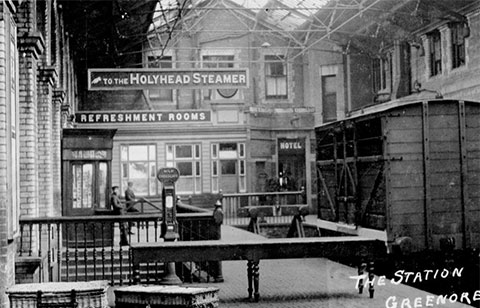 In the early 1860s, the London and North Western Railway Company (the LNWR) set out to find a site for a new port along Ireland’s then largely undeveloped East Coast. Surveyors determined that Greenore had the best natural characteristics in terms of deep and sheltered water easily accessed.

Starting in 1863, the construction of the facility took a decade. The railway company built not just the Port with a railway line connecting it to Dundalk and Newry, but also a hotel for passengers, a village to accommodate employees, and later even a golf club. The new facility was opened in 1873 by the 5th Earl Spencer. The LNWR rapidly became the largest joint stock company in the world. Greenore’s link to it was preserved in the names of its streets: Euston Street, its London headquarters and Anglesey Terrace, named after the port town in North Wales where the Greenore mail boat sailed from.

By 1951 a downturn in trade caused by two world wars and the political border of 1923 forced the newly nationalised British Rail to abandon the railway line. The port was sold into private ownership and re-opened in 1958. From the 1960s both conventional and container traffics were developed. Greenore’s container handling facility and ferry services were a pioneering success in the 1960s.

In 1963 Greenore became the first port in the Republic of Ireland to handle containerised traffic and then during the 1980s, when container traffic started to move to the larger developing ports of Dublin, Belfast and Cork, the Port began handling large volumes of bulk cargoes as well as playing a vital role in the export of live cattle and frozen beef to the Middle East during the 1980s and 1990s.

In 2015 Doyle Shipping Group implemented a strategic development plan to improve Greenore Ports’ infrastructure which included the completion of an extensive port dredging project to make the port accessible to 8.5-metre draft vessels. 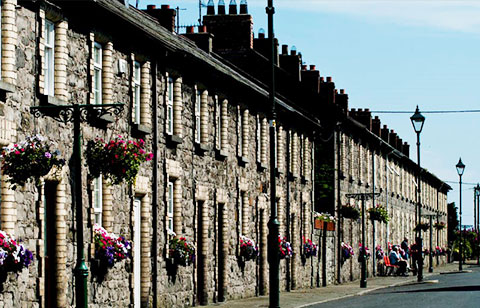 It is the goal of Greenore Port to conduct our operations in a professional and socially responsible way, with respect for people and the environment.

The Port adheres to the principle of corporate social responsibility (CSR), considering the interests of all stakeholders, including employees, customers, communities and local authorities.

Since acquiring the Port in December 2014, DSG have taken many steps to improve our operations as follows:

• In 2016 The Port achieved the ISO management standard of for health and safety, environmental and quality.

• It is the policy of the The Port to comply fully withcurrent Environmental Legislation and ISO 14001 standard regarding its processes.

Greenore Port actively engages in charity and local community sponsorship for the past number of years. The Port plays an important role in the society and economy of the region, investing in the development of social infrastructure and cooperate with the local authorities and social institutions.

Going forward Greenore Port will actively seek to attract cruise liner business which will have significant economic benefit for the local and surrounding areas, whilst showing off the beauty and history of Greenore, The Cooley Peninsula and Carlingford Lough.

We use cookies to ensure that we give you the best experience on our website. If you continue to use this site we will assume that you are happy with it.
By clicking “Accept”, you consent to the use of ALL the cookies.

But opting out of some of these cookies may have an effect on your browsing experience.
Necessary Always Enabled

Any cookies that may not be particularly necessary for the website to function and is used specifically to collect user personal data via analytics, ads, other embedded contents are termed as non-necessary cookies. It is mandatory to procure user consent prior to running these cookies on your website.